I was tasked to implement a table with a variable groupcode. There are several requirements.

The only thing I can come up with is regexp_like but my efforts are in vain, for example

I inserted this but it keep telling me there’s some violation, in which I don’t understand.

I specify ^ and $ because I don’t want something like 'bbAA1' or 'AA1bb' appear.

I am also open to non-regex solution. After all the work in this afternoon, I am starting to doubt my approach. 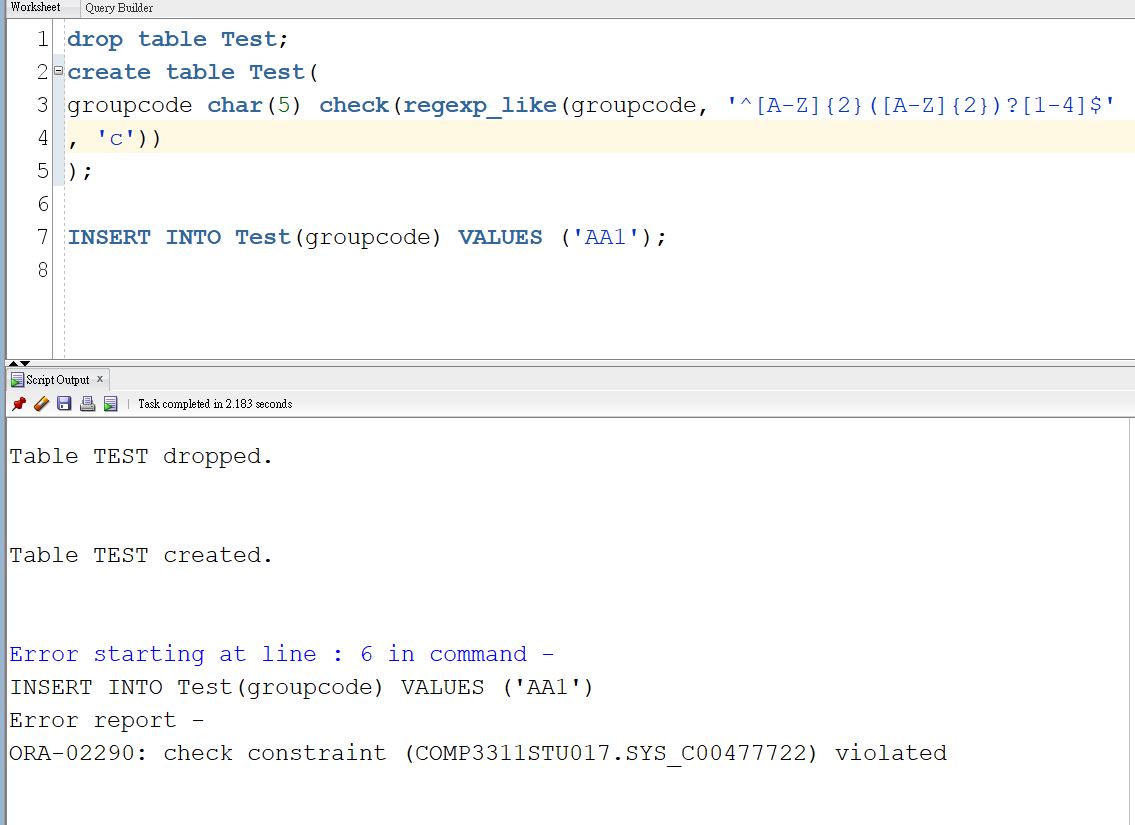 Your regex ^[A-Z]{2}[0-9]$ only allows (exactly) three characters. But a column defined as char(5) gets padded with spaces if you provide less than three, so in reality 'AA1' will be stored as 'AA1 ' which violates your regex.

Better yet, never use char at all (you just experienced one of the reasons why), use varchar(5) or varchar(3) both will work with your regex.

That’s not what your regex does. [A-Z]{2} is exactly two uppercase letters. If you want to allow patterns of different lengths there is no way you can use char(5) unless you also include the spaces in the regex: